More cash held in businesses than ever before

It may come as no surprise that UK businesses are holding on to their cash where they can at the moment.

There has been a big increase in cash reserves since the start of the year. In research we conducted at the start of January, nearly twice as many businesses (17%) reported being close to the brink.

Too good to be true?

Six months later, one global pandemic and an economic meltdown later, businesses have more cash in the bank. On the face of it, this is cause for optimism, and maybe it is.

HMRC released data showing that for the first time since the tax was introduced in 1973, there have been ‘negative’ VAT receipts – meaning they have repaid more than they have received. Whilst some of this dip reflects the dramatic halt in economic activity, VAT receipts are by definition lagging as the returns and payments don’t have to be paid until a month after the end of the quarter. Much of this dip is probably down to VAT deferments. 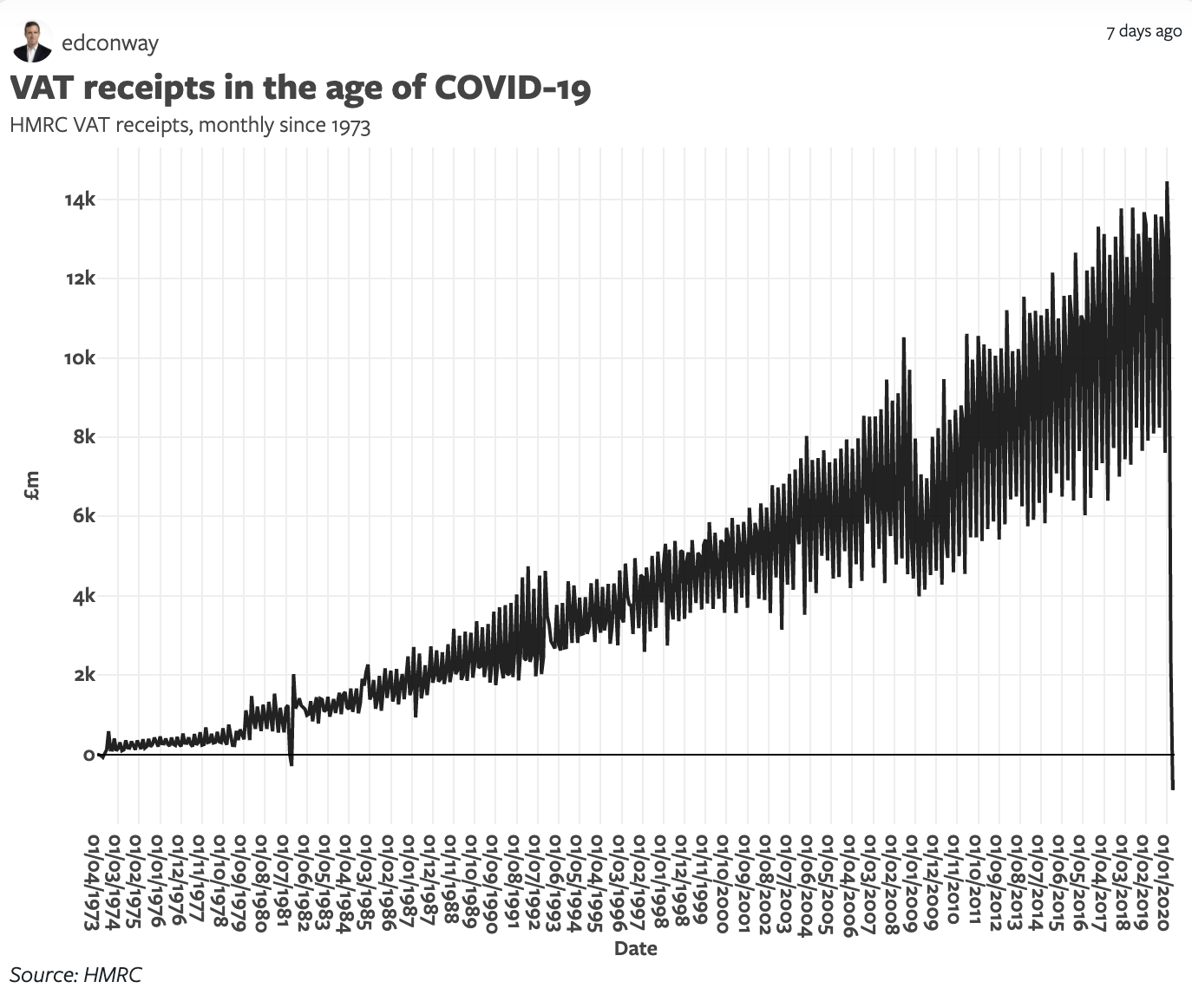 HMRC has allowed businesses to defer their VAT payments en masse, looking at this chart you can get an idea of the amount of VAT (i.e. cash) that will have to be repaid (in theory) by 31st March 2021. These VAT repayments will fall due at roughly the same time as businesses have to start repaying their Bounce Back or CBILS loans. As the furlough scheme unwinds over the coming months, there’s another cash hit arriving sooner as businesses have to either start paying their staff themselves or stump up the cash for redundancy payments.

It’s encouraging to see the increased cash balances being held in businesses, and there definitely is a cause for optimism. Not least because businesses will have more resilience to cope with what comes ahead. It’s a reasonable assumption that cash balances are borrowed in one way or another at the moment. If that cash is being put aside to protect against what might come next – great. But, if this cash is being used now as working capital, some businesses may get into trouble when it comes to paying it back.

Gross Profit vs Net Profit: Which is more important for your business?

Autumn Statement 2022: What it means for you and your business